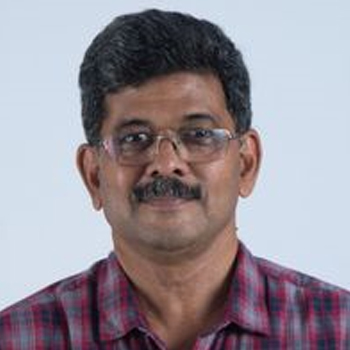 Dr. N. Madhusudhana Rao has joined Centre for Cellular and Molecular Biology at Hyderabad in 1988 after completing a PhD in Biochemistry from National Institute of Nutrition, Hyderabad and Master’ in Agriculture from Punjab. Presently his group is interested in two projects: a, protein engineering and proteins at interfaces; B, Cell biology of gene delivery especially with cationic lipids. He is the coordinator of the CSIR network program on nanomaterials and nanodevices, involving several institutions.

Rao’ lab has developed, using in vitro evolution methods, a number of thermostable proteins. These mutants have been characterized using various spectroscopies and X-ray diffraction. Protein stability is seldom characterized with respect to interaction with surfaces. This aspect is being investigated in the lab. Ion selective field effect transistor (ISFET) was used as platform to develop a triglyceride sensor using evolved enzymes. Rao’ lab is further interested in expanding this platform for other analytes. Plasmonic coupling in metal particles as a method to detect biomolecules is another interest pursued in his laboratory.

Rao desires to setup processes for technology translation of discoveries in institutions and universities. Establishing an ecosystem of stakeholders from industry, investors, IP and regulators for smoothen the technology transfer. Rao was a scientist before the present post working in area of protein engineering and nanomedicine. He has more than 110 publications and 11 US patents and has guided more than 15 PhD students. Member of several national committees and also managed several projects in collaboration with several international agencies.